I have always loved my line of work 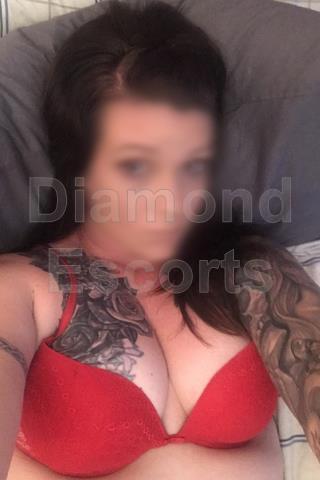 I was recently contacted by a client in Pinner a few weeks back that was looking for a girl like me. He was a little shy in asking at first, but after a couple of minutes, he just outright asked me. Of course I agreed.

“Do you do oral without condom?” he asked

“Sure, of course. Personally I love it.” I could almost taste the sticky sweet goodness already.

“One other question… would you meet me and my mate at the same time?”

“Sure” I replied, imagining the shear amount of semen that I would receive.

I met them on a Saturday night at their place. Richard, the guy who I had been on the phone with, lived in a big detached house on a tree lined street. It didn’t look like he lived there alone, but I’d guess that if he had a wife somewhere that she was on holiday.I was wrong, but more about that later.

I was pleasantly surprised to find an attractive mid forties guy that was quite fit with a charming smile. Behind him was his friend, another guy about the same age, not quite as good looking but still handsome. They invited me in and offered me a glass of wine, which I gracefully refused. I never mixed alcohol with sex. We went in to the front room together and sat on the sofa.

“So how do we start this?” Richard asked, “We’ve not done this before.”

“What did you have in mind?” I asked.

“That would be lovely, but my wife and I agreed that it would just be oral”

“Your wife agreed?” I asked, a little shocked. Very few guys would get their wives permission.

“Yes, in fact do you mind if I watch?” Said a voice from behind me. I was sitting with my back to the entry, so I had to spin around to see her.

She was very pretty and elegant, the kind of wife most guys would kill for. She was as posh as they come, which made it all the more weird that she was asking if she could watch me blow her husband and his mate.

“Great” she replied, “let’s get started then. This is my birthday treat for him. Maybe you can visit on my birthday too.”

The guys pulled their trousers and boxers down and sat back on the sofa side by side. I knelt on the floor between them, alternating cock in my mouth while stroking the others’ with my hand. The wife watched from behind, clearly enjoying the view.

This in turn made me double my efforts and soon both of them were standing up in front of me, trousers around their ankles, as I worked their cocks and balls. The grunts of pleasure told me that I was doing a good job, not to mention all the tasty pre cum. The lady had moved closer, so that she could have a better view of both my cock sucking and self pleasure. ‘What a lucky guy’ I thought to my self as the head of one guys knobs was buried in the back of my throat, ‘to have a wife that dirty and open’.

Quite suddenly, the wife got up and knelt behind me and began to finger my pussy as I rubbed my clit. The sensation was intense and a powerful orgasm shot through me from my nipples to my toes just as the guys began unloading on my face.

Both stepped back a few inches and stroked their cocks, sending creamy ribbons of sperm all over my face. I opened my mouth to catch what I could. At the same time the wife, with her fingers still in me, propped her chin on my shoulder so that she received some of the ejaculate too.

1 Response to "I have always loved my line of work"

o my god now this is the experience myself and my wife were after! we booked Kelly with the same sort of agreement but things carried on and it was amazing to watch my wife be pleasured and explode infront of me. we will defiantly be booking again very soon