Boys will be Boys 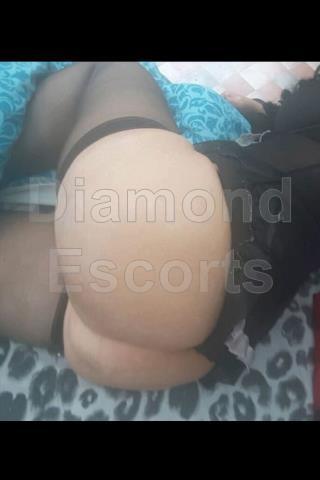 Snap went the lock, this was it, this was my dedication to the group. I gulped with nervous excitement and shifted slightly. Every move I made no matter how small was a constant reminder of what was too come as I could feel the leather straps which held the butt trainer in place. As I was about to leave the room I felt a shock wave ride up my asshole and I realised this was no ordinary plug. This was one that I had to wear 24/7 and only a select few had the keys to unlock it and I was powerless to know when and whom would unlock me to bring me sexual relief. I was permitted to use the toilet once a day at a set time but otherwise I was secure, tight and packed to the brim. The main feature of the plug is it was operated by Master Matthew only, he would sole decide when and where I would receive the pleasure.

By the close of the weekend I had grown used to a daily visit to allow me to toilet and shower, I had yet to feel the unexpected human touch I had been promised. I had even grown used to the random vibrations that were sent to me as a 'gift' from Matthew. However Monday morning arrived as I set off to work, it was when I got off the tube in Moorgate I felt an all too familiar sensation coursing through my backside, causing my cock to twitch in city rush hour. My face flushed and I felt as if everyone knew my guilty pleasure. I cursed Matthew under my breathe but also silently thanking him too as I nearly shot my load when I rounded the corner into London Wall.

My cock became rigid at the thought at what I had signed up to, a group of likeminded gay men who wanted to explore the world of domination. As I reached the office and started trawling through emails suddenly on full power my ass roared into action. My trousers could not contain my cock and I had to touch myself, I had to feel the length of my shaft in my hand, I needed to glide up and down, squeezing the head. In fact I wanted Matthew, I wanted his tongue, I craved him deep throating me, milking my balls with his gifted mouth.

I managed to discreetly undo my trousers under my desk and started stroking the leather that contained my girth whilst delighted that promotion had moved me from an open office to my own private one. I hadn't realised there would be more advantages other than a nice name plaque to having my own space. As I was lost in thoughts Alice my PA called through to tell me a Mr Simon Doyle was ready for our 11.30am meeting. I checked my diary too and no sign of any scheduled meetings with such a person. Not wanting to make a mistake I agreed to see the elusive Mr Doyle, I was frustrated as I had to redo my trousers and hoped I could remain professional and calm.

As I walked through reception I saw him and knew immediately exactly who he was, it was him one of Matthews' group, my face burned with shame I couldn't believe they had the audacity to come to the office. At the same time I craved release and a familiar tightening stirred below. We shook hands and he grinned and said I'm one of your 'key' clients for a meeting set up by Matthew. I managed to find an empty and private meeting room, once inside I immediately locked the door. At once he was ripping my trousers and boxers off stating I needed relief, too damned right I did, I was gagging for it. I had been dreaming of being sucked, now it ramped up and I wanted to be fucked, I wanted the plug replacing with a hard meaty cock instead.

All of a sudden he leaned back and told me he had decided I was not permitted to cum today, I was devastated I begged him and to my utter shame I found myself offering him any payment he desired. He grinned and shock his head telling me my pleasure would be a group decision and not mine. He removed the plug slowly, tormenting me and I could feel my gapping arse open like a hungry mouth needing to be filled. Without warning it was re filled with a much bigger plug that I felt the whole of the firm would be able to tell. Simon showed no mercy and thrust it in deep and hard, it burned, it stretched but god it felt good, nestling against my prostrate.

Throughout the week at various times at home or work I met either Jason, Simon, Leon and Andy each time they did not pleasure me but inserted a bigger plug. As promised day and night, fast or slow my ass vibrated, my balls shuddering each time, growing heavy and swollen with want. By 8pm on Friday evening I wanted to cry in frustration as my doorbell rang there stood Matthew himself, smouldering and waving a key.

He wasted no time unlocking me and my erect shaft sprang free. Matthew removed the plug from my butt, whilst I had discarded his clothes. I could feel my sphincter gapping like a big open cavern begging to be fucked. Matthew thrust his tongue into my ass; I could feel it darting in and out as I began to moan. I leaned in forward and began to lick his cock delighting in its perfect form and familiar mushroom head.