Dream a Little Dream of Me 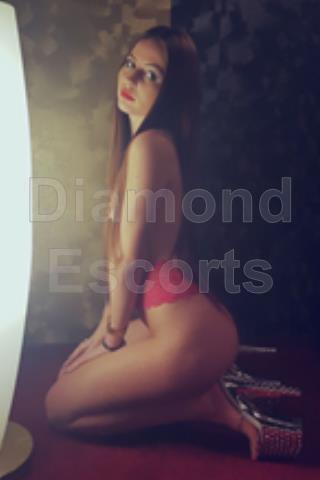 I had recently moved into a new flat in Stanmore, it was a typical conversion flat, it was obviously once a very grand Victorian home. I loved the original features that had managed to avoid a developers cull, the high ceilings and picture rails. I had only been in the flat about a week when something most odd happened and I found myself transported back in time to the original owners. The strange thing was there was nothing out of the ordinary it was all so natural, I knew the house and the family to be mine. It was almost like the daughter of the house and I was one of the same but in different times. I stopped being frightened and instead almost enjoyed the experience and looked forward to going home.

One day I came home early from the office and after the long tube ride home wearily flopped down on my bed. Within minutes my bedroom became that of the daughter and I was back in 1899, it was like watching a film but yet being part of it at the same time. Today was even odder because Martha the daughter had a companion over but hadnt received her in the drawing room as per usual but her chamber I then realised the two girls were undressing, they opened the bedroom door peaked out and said the house was empty and servants were below stairs.

They both said they wanted to see each other naked and compare bodies to see if they were normal, they started peeling off the various layers and bustles of clothing until they were stood there in their tight laced corsets. I even thought they looked beautiful and wished I could look like that. I had got used to them seemingly oblivious to me and just assumed I was invisible to them. They un pinned their hair and as the coils unfolded over their shoulders as the corsets were removed too. Two naked Victorian 19 year old girls with creamy white flesh and high rounded breasts with rosebud nipples stood within touching distance of me. One of whom just had a little patch of peach fuzz covering her quim whilst Martha had a complete heavy triangular thatch.

I watched their faces fascinated with each other and they began to reach out and touch each other, stroking their bodies with such tenderness I grew wet. I knew they couldnt see me so I stripped off too and began to explore myself. I decided I wanted to mirror their movements to feel part of the experience. Martha reached under the bed and pulled out a huge wooden dildo, I was amazed at the size and knew two virgin girls would never handle such a beast. Martha and her friend clung to each other as they fell onto the big soft bed, moaning and grinding against each other, not fully knowing what to do but knowing they need to fulfil themselves. I became wet watching them, I stoked my clit when Martha reached in and sucked between that glorious fuzz.