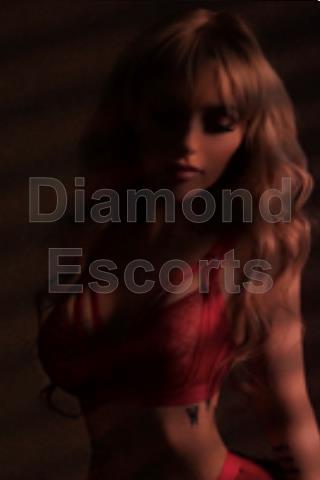 How I had ever persuaded to go to a pool party in High Wycombe was beggars belief, all that wealth was not my scene at all. It was all Alis fault, he came from a large Asian wealthy family and lived in huge house with all the trappings of luxury. All his siblings didnt drive anything less than a Porsche, his Dad often dropped Ali off in college in his Maserati. Im not swayed by this and although Im not fussed on all his family Ali and his parents are very nice, his parents arrived in the UK with limited funds and worked hard to build a cash and carry empire up around the North circular.

It all started at THAT party. Soon after arriving I was given a glass of Krug, after a few sips I felt heady but my glass never seemed to empty it was constantly topped up. I was led to the pool patio area. There was a Jacuzzi bubbling with several guys in it, drinking then tossing empty glasses out of it. I thought this to be very disrespectful and told Ali as I know his parent forbade alcohol of any sort. He said he was home alone and could party and drink all weekend. His older brother Rashid told me to loosen up and before I could protest he picked me up and dumped me into the Jacuzzi. I was fully dressed so guys Id never met before started removing my clothes. I was horrified as I knew my bra didnt hide much I tried to cover myself up. Then I heard someone say that I was shy and with that a bottle of bath foam was tipped in. Quickly the bubbles came and started overflowing, I could feel them crawling up and over my body.

I was giddy with the heat of the water and the alcohol when it felt like all the foam suddenly became denser, I climbed out and the foam had seeped out and was really deep on the patio in places. The bubbles really felt heavy it was almost like they were removing my underwear. I could feel other hard objects in the foam. I looked around and was surrounded by Rashid and his mates they were grinning at me. One picked me up then sat me down layering more foam on me until only my head visible. I could feel my nipples hard and my pussy wet. What the fuck was this foam doing to me, I let out a low moan knowing I wouldnt be heard in the din of the party.

I could feel my inner labia being stroked, I was wet and didnt care, I was desperate to be fucked and didnt care by whom but my head felt heavy and all I could see was foam and the heads of Rashid and the others. My nipples were on fire so I reached down to touch my pussy after all who would notice me fingering myself amongst the foam. I was shocked to discover my panties had been discarded and my fingers brushed against another hand. I looked around and the guys were just relaxed smiling at me. The unknown hand grabbed mine and together we finger fucked my pussy. At this stage I didnt care and besides it was exciting not knowing whose hand it was. They were all staring at me, I could feel other hands pulling my tits, teasing my nipples, twisting them until I was panting. I could feel the unmistakable shaft of a penis between the cleft of my heaving tits. I could feel a head filled with precum swirled around my right nipple, whilst a tongue latched onto my left.

Now there was hard growing member pushing against my cunt, my legs were gently prised apart by two sets of hands and with a grunt and push I saw Rashid enter me. At that point I had two separate cocks being rubbed around my nipples, one buried inside me and just as I was thinking my mouth was empty it was duly filled. I was groaning and panting, I was begging to come I wanted to fucked by all of them, I wanted to taste all of them. The cock stretching my mouth was black, the cock filling my cunt was Asian and I had a White guy and another Asian on my tits. I was ecstatic I had a variety. One by one the guys grunted and aiming theyre heavy cocks at me they came. Cum landed on my face, hair and tits and I didnt care it made me go wild, I screamed and clenched my cunt and milking Rashid we both came together just as I swallowed the seed of a thick black cock.