Girls To Avoid At The Pub 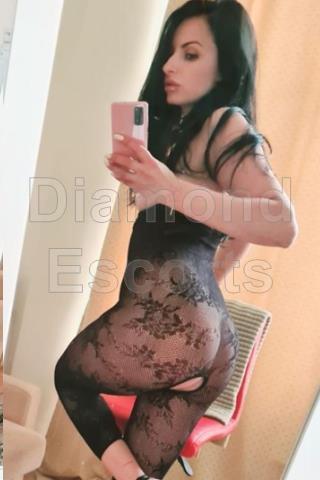 That sloppy drunk girl slurring her words and dropping everything from her purse is a sure-fire lay, and although tempting, there are simply some girls that you should avoid at all costs when out drinking. Surely, you want to get laid, but think with your head on this one. There are five types of bar girls to avoid, and if you use your better judgement, you will definitely agree.

The sloppy drunk girl. Oh, you can smell this one from a mile away, can't you? Although she is an easy lay, that's only assuming that she doesn't throw up and pass out by the time you get back to your place, then believe that she will definitely be a lot more trouble than she's worth! You also want to make sure that the girl you are bringing home has control over her body and her words and that sloppy drunk girl probably has no idea that she's even talking to you! If you're actually interested in this mess of a female, then get her number and save the date for a more sober night.

The wild chick sure looks like she'd be a lot of fun, doesn't she? However, she's more than likely fishing for attention as most wild females tend to do. If you want her begging at your feet, however, simply don't give her any attention. She'll crave you all the more. On a side note, her subtle, quieter friend would actually appreciate the attention from a man, so maybe dodge the wild child and go with someone you won't be constantly telling to calm down instead.

Okay, this one should be a no brainer, but with a little alcohol in you, you seem to think that you can walk on water and that's a lot more likely than walking up to a girl who's with her man and stealing her away. Listen, it's not going to work. She's there with her boyfriend and you'll only end up with a black eye and no girl!

Lastly, the final girl that you need to avoid is the girl that no one has picked up, for a reason. She's that girl hanging around the pub after it's closed hoping anyone, just anyone, will come and show her a good time. Although an easy lay, you'll wake up wondering what in the world this minger is doing in your bed! Mean? Absolutely! So avoid being mean at all costs and avoid this desperate girl.