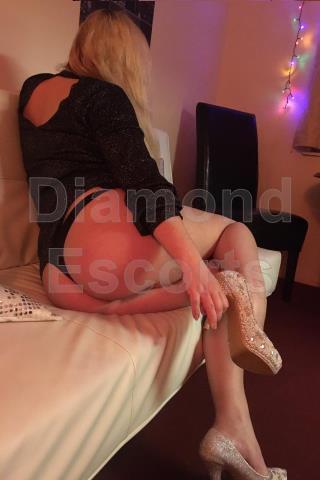 It was a last minute date, but Emilia committed to getting together with two couples for a night of dancing, drinks and deliciousness. She was required to look sexy and elegant, so she quickly headed to the local shopping centre to grab a new dress and prepare for the night ahead. After all, how could she turn down a good group sex session?

Although last minute and unprepared, Emilia was excited to go out with this couple for some fun, and then have even more fun once they went somewhere a little more private. As she walked into the venue, she was greeted by the man Neil and his stunning girlfriend Tiff. Tom and Kay were the other couple that was there to indulge, and as Emilia mingled amongst the couples, she was intrigued by the sophistication of everyone. No one would have ever thought that they were about to indulge in a dirty rendezvous. The drinks continued flowing and everyone began to get a little more touchy-feely.

Then suddenly it turned into a sex party. Tom was getting his dick sucked on one side of the room by Kay, as Emilia, Tiff and Neil intensely flirted with one another, growing closer and closer. Emilia began to feel Tiff's hand slide down her backside, stopping at her pussy. She felt Tiff begin to play with her pussy as she licked and nibbled on her neck. Emilia loved the feeling of another woman, they always know what spots to touch and how to touch them. It made her instantaneously wet. Neil stood there watching them as Tom was also watching from across the room as he got his dick sucked hard.

Neil eventually led everyone to another room that had a giant king sized bed with red silk sheets. He ordered all three of the girls to lie on the bed. Emilia had Neil fucking her hard, as Tom fucked Tiff and both men finger banged Kay, who was in the middle.

She had hit the jackpot! Feeling and tasting all four people was a totally new experience for her, but now she had experienced it she would definitely indulge again!