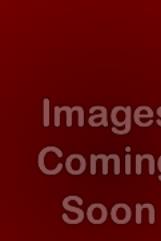 Lilly was lying in bed, bored and unable to sleep. She was feeling in need of a fuck as it had been quite a while. She didn't have a serious boyfriend, so she wasn't getting it quite as often as she would have liked and having a high sex drive certainly didn't help! Then, in a sudden flash of inspiration, Lilly remembered the sex toy that her last fuck buddy had bought for her. She had thrown it in the drawer at the time, not giving it much thought, but as she lay there, she thought to herself that this might be the perfect opportunity to give it a go! She took it out of the drawer and unwrapped it, turning it round and looking at it, and then she opened the compartment and put two batteries in. Lilly had always had a penchant for having her pussy licked and her fuck buddy had bought the toy for her with that especially in mind. The toy was in the shape of a tongue, lovely and pliable and as Lilly switched it on she began to feel excited, so she spread her legs, pulled her pussy open with her fingers to expose her clit and began to use the toy. She loved the feeling it gave her, the long rubber tongue licking and flicking at her clit which was pulsating and becoming more swollen by the minute. She lay there for quite a while enjoying the feeling and getting more and more turned on and as she increased the pressure she could feel her inner muscles throbbing and suddenly felt an urgent need to have her pussy filled. She quickly opened the drawer by her bed and pulled out her "old faithful", a large, very powerful, veiny, cock-shaped vibrator and rammed it into herself, fucking herself hard with it until in a powerful, throbbing climax - she came. Lilly lay there glistening with sweat, with her two toys now laying silently next to her on the bed and said to herself hey! Who knew so much fun could be had going solo!