The Music Teacher – Lesson One 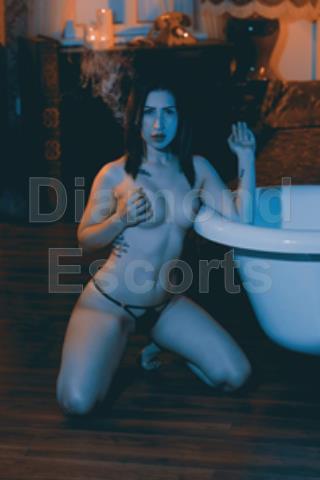 I have been teaching piano in the Watford area, usually to pampered and bored children who really have no interest. So imagine my surprise when my new student turned out to be a 23 year old hunk called Brett who was back living with parents after the required uni stint.

It soon became apparent Brett really didn't need much tuition and I decided although he wasn't my type of character there was something alluding about him. I found myself wondering what else he could do with those hands and how they would feel stroking my flesh and at that moment I wanted to morph myself into a set of ivory keys and having him play with me, stroking and caressing me. The chemistry was instant, sitting next to each other and our bodies touching it was only a matter of time before we were tearing our clothes off.

He laid me down admiring my breasts which were rising and falling slowly in a red lacy bra and he could see a damp spot appearing in my red matching panties. As Brett got closer to my red panties he could smell the essence of women and he let a finger brush against my wet spot making me gasp as he skipped to my other thigh and finished the circle. He started sucking my breasts through the bra as my nipples became erect I squirmed under his mouth. I needed more, I ran my fingers in his hair roughly and pulled his head back, my bra was discarded and I felt his wet mouth close on my hard nipples. My body was aching with pleasure as I removed his boxers.

I slipped my hand around his hard cock and felt his liquid already forming at the tip. He moved down my stomach, nibbling my sides and licking down my hips. He parted my thighs and let his breath linger over my silky panties, taking in the scent and watching the wetness spread. I was delirious wanting Brett's mouth on my hot sex, I pushed my hands through his hair, trying to gently pull him in. His teasing was driving me insane with fingers trailing over my thighs I felt his lips ever so lightly place a kiss right over my sensitive clit. I pushed towards him and he started licking me through my panties, first just over my clit, then longer, slower licks and he sucked my clit through the red, silky panties, driving me wild with desire. He wanted to make me beg for it and laid his tongue flat against my pussy and wrapped his mouth around, covering my panties.

I pushed Brett's head back slightly and let two fingers slide under the crotch of my soaked panties. I slid them against the hot skin, lifting the fabric letting him view of my wet pussy lips. He couldn't resist and removed my silky panties. When his mouth was over my dripping pussy I was breathless as he sucked my her clit lightly. He moved his finger to rub gently over my ass, making me squirm with pleasure as his licks grew more intense. Lapping the full length of my outer lips before using his tongue to plunge between them and lick pussy from ass to clit. He put another finger against my slick opening and slowly pushed it inside.

I felt Brett as he plunged one and then two fingers inside me, teasing then pulling them all the way out, only to plunge back in. I could feel his mouth bringing orgasm close and the sensations growing. Brett could feel it too as my pussy clenched at his fingers and pleasure cries became less controlled. I wanted this orgasm so bad and was facing his rampant cock which looked so hard and filling. I reached out and tasted his glistening pre cum and let him see me lick the liquid from her finger tip. I lightly tapped pussy against his mouth. His cock jumped with pleasure so I leaned closer to his cock and brought my pussy quickly down on his face again. This time Brett's tongue was waiting to taste and I felt a rush of fresh wetness. I licked up and down his thick shaft, down to his balls and felt them tighten as I sucked each one gently into my mouth. I was slowly taking all of his cock in my mouth, sucking hungrily and enjoying his moans.

I glanced at the clock and realised any moment my next student would be walking in on arrive. I abruptly declared lesson over. Brett's face fell as we were both deprived of an orgasm of a sort but thankfully he had booked a course of lessons, so we adjourned until next week...
Tags:
Orgasm, Pussy, Sex