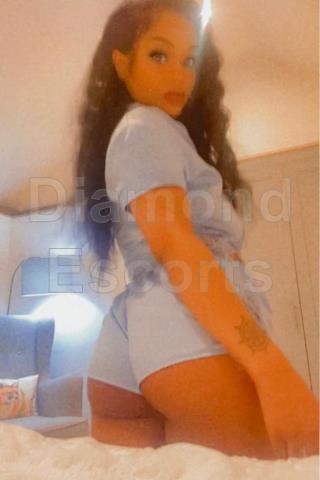 I recently found out my girlfriend was having an affair, the usual of not enough attention, sneaky text messages and late nights at the office. I decided I'd let her carry on and it wasn't long before I found out his name was Shane and he worked for the same law firm as her. I began to fantasise about Shane and wonder how he felt plunging his meat into Mandy, cleaving her pussy apart. I began to feel turned on thinking about watching her with another man. Although she had to be punished for cheating, so a plan formed.

We lived in a large townhouse with a cellar that I had started to use for weight training. Mandy never went down there saying it spooked her out. I did some internet research and then I saw it, this was exactly what Mandy needed a huge electronic fucking machine. Even better I could tie her to it, she would only be released when I set her free, she couldn't cheat on this and I could watch huge mechanical cocks of different sizes fuck her.

It took a few weeks and I decided to invest in some other equipment, some ropes and pulley systems, some small apparatus like floggers and butt plugs. When the refurb was complete I just needed to wait in my lair to pounce. Lo and behold I took another call to say how sorry she was but really had some end of month urgent accounts to attend to and not to wait up she'd be home late. My cock bounced and twitched at what I knew in wait for her.

I sat in the dark hallway and at 11.15pm she turned the key in the lock and once inside I greeted her, she looked sheepish and shocked and asked why I wasn't asleep. I grabbed her by the hand and said I had a special treat for her. I pulled her down the cellar and she was reluctant, I then clicked the door locked and deliberately flicked on a very bright and harsh strip ceiling light. She looked horrified when she saw the weights had gone and the cellar was now kitted out with various forms of hard-core equipment. Even more shocked when I told her I knew her pussy was still wet from the cum of Shane. I can explain she began.

No need I said, you're forgiven but first you will receive a lesson so harsh and a fucking so hard you will never need to fuck elsewhere again. She protested but I was too quick and soon I had her bent over the machine face down and shackled into place. I clamped her big firm erect nipples in place and scooping the last vestiges of Shame cum I lubricated her cunt and ass, I choose a very large head attachment to be positioned the entrance of her wet hot snatch and a decent size butt attachment. I didn't want to rip her and cause injury I'm not a complete animal but I wanted it to certainly stretch her beyond previous butt fucking. I wanted her to feel so filled she never needed to stray again.

Her eyes grew anxious but her pussy began to secret a new dampness and her nipples strained on their clamps and I pressed the button, she cried out as her nipples were pulled out to the max they were three times the usual size and looked like glowing coals. I placed my head a crotch level so I could see her pussy part as the head of the huge mechanical shaft entered her. Flicking the switch I was not disappointed as I plundered her I captured that first thrust and her cries which grew to murmurs of pleasure. She was wet and becoming too accustomed, time to jack her ass. I watched as the attachment forced its way into her pink daisy, that puckered hole was filled. She screamed and told me to switch it off, she could fit front and back. I told her no way she would be released when I truly believed she could behave.

It wasn't long before she was groaning with pure pleasure, her face flushed with lust, beads of sweat poured off her brow, her lips were dry and pouting. I decided it was time issue her with some more punishment and reaching for a flogger I brought it down over and over on her now bright red buttocks, she grew used to the searing heat very quickly and I could see she was waiting for the next smack. I reached over and swapped the flogger for a cat of nine tails making sure tails of leather caught her crack and pussy which were still being pistoned with the fucking machine. She screamed and came as I cranked up both pistons to the highest level.