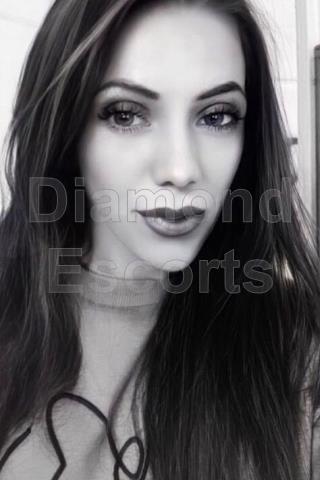 I tripped out of Annabels at around 3am, still no sign of Mel. I was fuming whilst I wasn't hammered and knew my surroundings I wasn't happy to be left alone at such an hour. I knew the dangers of unlicensed cabs and black cabs were expensive. As I wasn't drunk and could stand my ground I would risk walking towards Victoria in hope of a Night Bus. Being an office junior in an expensive area money was tight, to get anywhere in the company you had to have wealth, eloquence and be well heeled. I was neither of these things so had landed myself in quite a fair whack of debt trying to keep up with the latest pair of Louboutins or Hermes bag not to mention the Jeroboams of Krug at wealthy clubs just to give myself an air of class entertaining the senior staff.

I wandered through Berkley Square into Charles Street when a car slowed down beside me and asked if I was looking for business, I was horrified and said no. I realised that actually the short pencil skirt I was wearing had ridden up in the bustle; my stocking tops were on display and coupled with my cleavage hanging out it was a fair assumption. I had only gone a little further when an Aston slowed down pulled up and a tall and debonair gent got out and said I saw you refuse the other car but I don't think you'd say no to me as I can pay you whatever it takes to fuck you. You just need to stand against that side road and deliver, kissing goodbye to your money worries.

I was astounded firstly by his remarks then my face flushed, who was he? How did he know my lifestyle was a charade? His cut glass voice whispered that he had met hundreds of ladies like me, social climbers with huge debts. He said they all think they can slink off into the night to save a cab fare whereas someone with money would have a chauffeur or pay the cabbie double to take them. He reached down and traced his fingers up my thigh, stopping at my hidden portal which was now starting to become damp with excitement. I mean how different would it be to fuck this guy who was very decent when I had hundreds of one night stands and given it away. He read my mind, reached into his pocket and thrust a huge pile of notes in my face.

Within seconds I saw my debts diminish and I practically dragged him down the alley before I could change my mind. I didn't know what was expected of me, so I followed my instincts and took his cock out. It must have been at least 11 inches when he said he needed to buy sex because all the nice society ladies didn't want to take it so big and be stretched. I knew I couldn't but I needed my lifestyle too, it also excited me and I wanted to be his whore. I wanted to show the society girls up and be top cat for a change.

I started to suck him, nearly chocking on all his erect man meat, however he gave a sly grin and said no I want to fuck you now, meaning I don't care if you're ready or not. If you want the cash you will fuck me when I want and that is now. He hitched my skirt up, snapped my gusset in two with his hands and thrust his fingers deep into my pussy telling me I was wet but not enough but that was my problem. He excited me; I was terrified but at the same time was looking forward to claiming this girth, riding it, fucking it.

He lifted me around his waist teasing the entrance of my labia with is pre cum and then without warning thrust me down on his pole. I screamed out loud and he clamped his hand over my mouth telling me to be a good girl and I was going to be well rewarded and well fucked. He bounced me up and down fast at first to open me up, it hurt like hell but then strangely enough I started to want it and enjoy it, I was stretched to the max but wow it was good. The pace had slowed down and he would slowly raise me up to the tip, let the head of cock tease me the folds of my clit and then force me down again.

Within minutes I could hear him grunting, he clung to me sweating, driving into me with such fury before he erupted. He came hard and fast as I let out a squeal of pleasure as I came in waves, the biggest orgasm of my life. His seed was overflowing from my cunt and seeping out, hot and dripping in the cool night air, I didn't even care if he impregnated me I just didn't want to climb off this beast, I never wanted his cock to leave my snatch and felt myself whimper as he pulled out.

As promised payment was made, I had a decent ride home feeling my juices splash over the leather seats and I definitely had found a new hobby that paid very well. I may even give up that office role after all.
Tags:
Fuck, Kiss, Orgasm, Pussy, Sex