What a Way to Pop Your Cherry 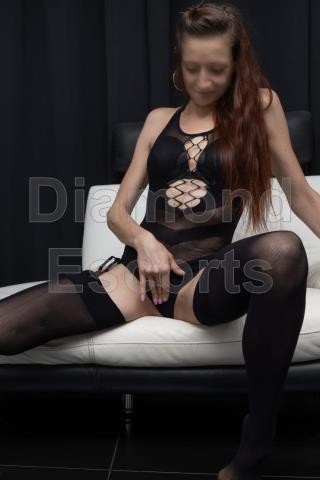 Wow! What a birthday present! The young lad whose name was Mark, had been treated to an escort by his dad on his 18th birthday and at the door stood his birthday present - Louise. This was a first for the slim pretty blonde, but she loved a challenge and was more than up for assisting the young lad to lose his virginity! Mark stood there, visibly nervous, as Louise skipped in, took the glass of champagne that his dad had poured for her and gave him a big smile. She put her bag down and walked over to him. Now then birthday boy she said, how would you like to unwrap your present? Mark took a swig of the champagne he had been drinking and watched Louise as she lay down on his king sized bed. He was awkward as he started to undress her, but the more she encouraged him and the more champagne they drunk as he did so, the more he began to relax. Eventually she lay there naked. He couldn't help feeling extremely horny looking at her petite little figure and pert little breasts and just wanted to touch her. Louise guided his hands expertly over her body. She may have been only twenty herself, but she had bags of experience being an escort and she too was getting a thrill out of the idea of being his first fuck. Louise taught Mark how to touch her both inside and out and showed him how to lick her pussy the way it should be done and in return she then laid him back and treated him to one of her expert blow jobs, teasing and sucking him until he was literally quivering with anticipation and excitement. "Now, I'm going to teach you how to fuck" she said, and climbed on top of him easing his eager cock inside her tight little pussy. She could hear his dad and his dad's friends downstairs, laughing and talking and rode him up and down as the thought of them knowing exactly what she was doing turned her on even more. Mark by now, was almost ready to explode and for her finale, Louise thought she would treat him to a little bit of anal. It was something she did enjoy and looked forward to receiving the young virgin's first proper cum as she bent forward onto her knees and eased his cock into her arse. Almost immediately, after a couple of thrusts Louise felt him gush and felt the hot liquid shoot deep inside her asshole as he let out a roar of completion and she didn't move, she just stayed put In the same position enjoying the lovely feeling of her pussy and her arse pulsating both at the same time. The birthday boy was lying there, with the most contented look on his face. Well there you go sweetie, Louise said to him, the whole works all at the one time! What a great way to pop your cherry and boy, did I enjoy doing it!